What’s the Hold-Up? In the U.S., Fast-Track Presidential Authority Needed to Set Trade Legislation in Motion

The sixth round of TTIP negotiations recently concluded in Brussels and reports show that little progress was made on key issues. The lack of steady progress should not come as a surprise given the enormous scope of the negotiations. Developing a free trade agreement between the two largest markets in the world is a daunting task involving a multitude of issues, negotiators and advisory groups, not to mention the legions of industry, labour, environmental and consumer groups watching and commenting. Thus, the negotiation process is taking longer than had been predicted by either side. But there’s another reason not to rush, this one political, at least on this side of the pond.

While President Obama, like his predecessors, has full authority to negotiate trade agreements, and three significant ones are in process — TTIP, Trans Pacific Partnership (TPP) and trade in services, TISA —he lacks the legislative authority to send any agreement to Congress for approval under “Fast Track” authority, officially termed Trade Promotion Authority, or TPA. The last TPA expired July 1, 2007, seven years ago. President Bush made the passage of TPA a priority of his first Administration and succeeded in getting it, but only after intense debate and much arm twisting did it pass the U.S. House by a vote of 215-212. The bill had an easier time in the U.S.Senate, passing by a vote of 64-34.

With TPA authority, the Administration negotiates an agreement and sends it to Congress for an up-and-down vote, without amendment, either in Committee or on the House and Senate floors. While this procedure is an abrogation of the standard Congressional procedures, it’s the only way to provide certainty to our negotiators and their counterparties that the deals they cut will remain intact as the agreement is considered by the U.S. Congress.

After enactment of the 2007 TPA, the U.S. concluded three separate FTAs with Colombia, Panama and South Korea. These FTAs were not presented to Congress by President Obama until 2011 after intense negotiations on labor and environmental issues resulted in some changes to the FTAs negotiated under President Bush.

President Obama has sought TPA renewal since 2012 and earlier this year a bipartisan bill was introduced in the Senate but not in the U. S. House when no Democratic House member would agree to cosponsor a companion TPA bill with Ways and Means Chairman Dave Camp (R-MI). Shortly thereafter, Senate Majority Leader Harry Reid (D-NV) and House Minority Leader Nancy Pelosi (D-CA) halted further consideration of TPA for the remainder of this Congress, saying it would not be “wise” to consider this legislation “at this time.”

What they meant was neither Democratic leader wanted to put Democratic members on the spot with a vote on a contentious trade issue until after the 2014 elections. The politics of trade in the U.S. have always been complicated and have become even more so in recent years, particularly in view of the enormous stakes involved in the three pending trade negotiations. However, fully expect President Obama to press for TPA legislation early next year or perhaps even in a lame duck session in December of this year. He will have to make a full court effort to succeed in passage of this essential legislation or TTIP and other important trade agreements will languish further, perhaps until after the Presidential election in 2016. 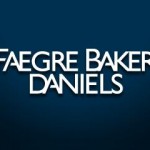