Penny Seume is a textile designer based in Bristol. She creates printed fabrics, wallpaper and interior accents including lampshades and throw pillows. Drawing inspiration from the urban landscape, her style references the original location in a subtle way and captures some of the inherent mood and magic of the cities she visits.

In 2013, her ‘New York’ collection won a Distinction Award at the Society of Designer Craftsmen show in London. The same collection was judged ‘highly commendable’ at the New Design Britain Awards the previous year. She began exporting her designs after being featured in a New York City tradeshow.

Today, around a third of Penny’s business comes from outside the UK. Even though the US is her biggest export market, getting her work there is a challenging process. For example, Penny told us about the complicated customs procedures she has to go through. In addition to that, her textiles must be dual fire-tested according to the regulations of both the EU and the US. Although the end goal of proving inflammability is the same, designers and manufacturers must incur double the cost, time and effort in order to comply with the duplicate testing. She told us, “If TTIP means I do not have to set fire to my fabrics twice, I would save time and money”. 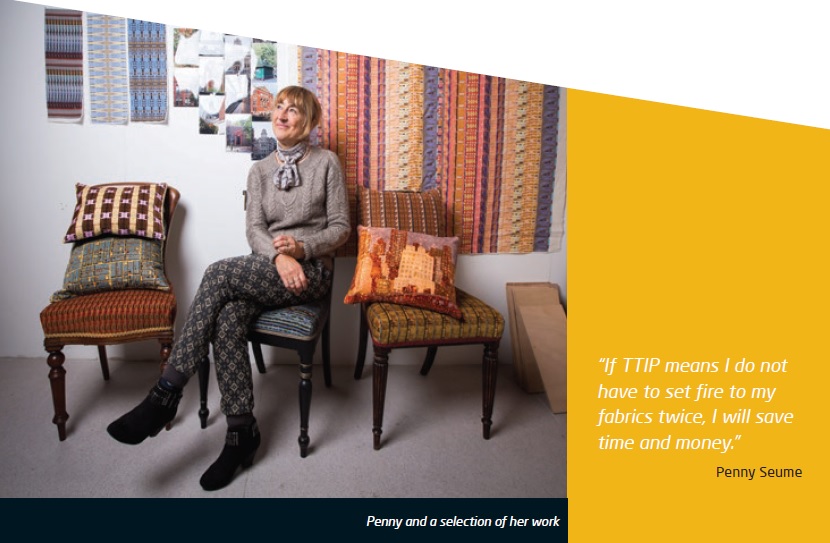